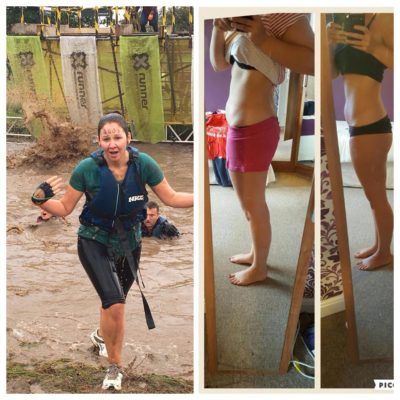 I remember when Mand first joined all-star academy all those months ago!

For the first 4 weeks her favourite word was "CAN'T."

I found it really frustrating because there is no such word as can't, limits only exist in the mind!

I didn't let it go, I was constantly asking Mand to try the harder versions of exercises and even though I was getting evil looks, she did as I asked!

This girl has gone from using the word can't to believing she can and her transformation has been amazing over the last 3 months.

I was watching Mand the other night (Euro workout) and she was working at a rapid pace and banging out press-ups with ease and I just thought to myself "wow this girl has improved so much."

Mand has a wedding to look forward to this year, she is going to look fantastic on her special day if she continues like she has for the last 6 months.

The moral of the story is nothing is impossible, there is no such word as can't!

This website uses cookies to improve your experience while you navigate through the website. Out of these, the cookies that are categorized as necessary are stored on your browser as they are essential for the working of basic functionalities of the website. We also use third-party cookies that help us analyze and understand how you use this website. These cookies will be stored in your browser only with your consent. You also have the option to opt-out of these cookies. But opting out of some of these cookies may affect your browsing experience.
Necessary Always Enabled
Necessary cookies are absolutely essential for the website to function properly. This category only includes cookies that ensures basic functionalities and security features of the website. These cookies do not store any personal information.
Non-necessary
Any cookies that may not be particularly necessary for the website to function and is used specifically to collect user personal data via analytics, ads, other embedded contents are termed as non-necessary cookies. It is mandatory to procure user consent prior to running these cookies on your website.
SAVE & ACCEPT